Home    News    Fund news    He started living responsible life at the age of 17, and became Maidan Hero – at the age of 25…Posthumously… 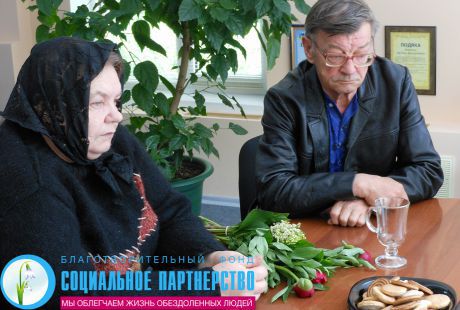 Mikhail Ziznevski came to Ukraine from Belorussia. His family has stayed in Gomel and he moved to the Bila Tserkva town looking for better life. Misha has found new friends there and succeeded in work. He promised his parents to come back in spring 2014.

25-years old Mikhail deemed it his duty to protect Ukraine’s freedom. He fought in  the ranks of national self-defense since the very first days of Euromaidan… Misha died from gun wound 22nd of January 2014.

Belorussia mass media tell almost nothing about  Maidan – says Mikhail Ziznevski’s father. And family lives very poor and doesn’t have a computer and Internet. Mikhail’s friends have told his parents the details of this tragedy. 25-years old activist was buried in a village near Gomel. And since Mikhail is not considered as a Hero in Belorussia, he was laid to rest without any honor rendering.

Beneficent aid to Belorussia from abroad is limited by two thousand US dollars. Therefore, parents of died Mikhail had to come to Kyiv and receive one hundred thousand hryvnias from Leonid Chernovetski under the program of financial assistance.

Zoya Nechay help Mikhail’s aged parents reach Kyiv. She has talked with Mikhail and his friends at Maidan many times. She knows about the problems, that often occur when providing beneficent aid to Belorussia, so she helped arrange our meeting and took care of lodging the parents in Kyiv.

The parents have visited the cathedral, where Mikhail Ziznevski had been followed to his grave, rendered honor to  all Heroes and light a candle in an imperishable memory of the Heroes at Maidan.

Ukrainian Charity Fund sincerely commiserates family and natives of Mikhail Ziznevski for their loss. All honor to Heroes! 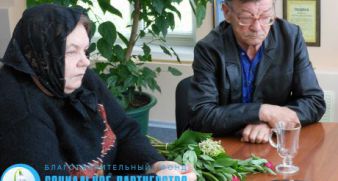