The story that can happen to anyone! 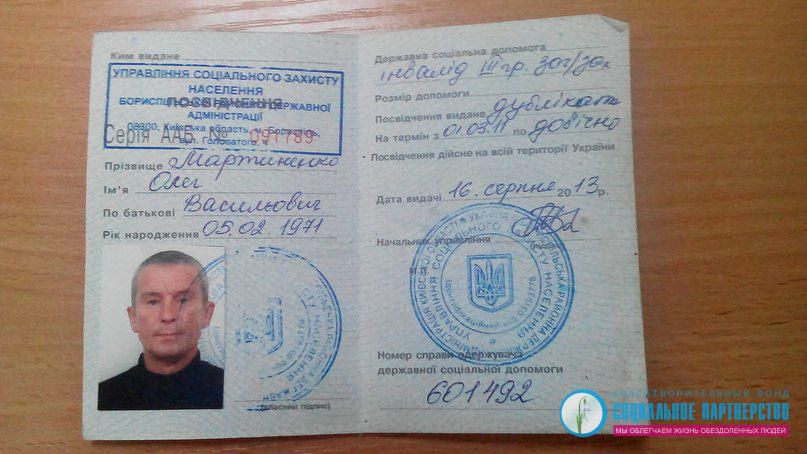 Oleg Martynenko moved to Ukraine with his mother when he was 5 years old. They moved to mother’s friend who became his step-father afterwards. Oled was growing in a usual family, learning in a country school.

When his step-father died, they faced tough period. Oleg’s mother had no money to pay for their apartment. Oleg started working on a market to help his mother. Mama insisted on moving to her new friend to save money on apartment rent.

But Oleg’s new step-father was drinking to excess, and was beating Oleg’s mother. Several years later he beat Oleg’s mother to death and threw the boy out on the street.

Being inconsolable for the loss Oleg commits his first crime – a shoplift offence and looses liberty for 3 years. After jail, Oleg has managed to return to normal life. He was working in a car repair shop, and had enough money to pay or his apartment and food.

But he was found a rare disease, erysipelatous inflammation, after awhile.  The doctors have decided to amputate his leg. And he then realized what does it mean to be helpless… he lost his job couldn’t pay for the apartment and couldn’t earn money to buy some food. He was living in poverty, sleeping at the heating mains and in the basements.

Our day care center “Stephania” has became a real rescue for Oleg when he came to us in 2010. He has been visiting us every day since that, for mor than 4 years to change clothes, to take a shower, to take a meal and be medically examined.

Currently, Oleg is a 3 group invalid. He is searching for a job with a dwelling but the employers have no need in a disabled employee.

Oleg Vasilievich is ready to do any sitting posture job. He has all necessary documents also. 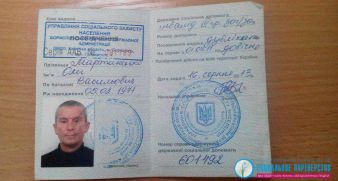 The story that can happen to anyone!
Твитнуть