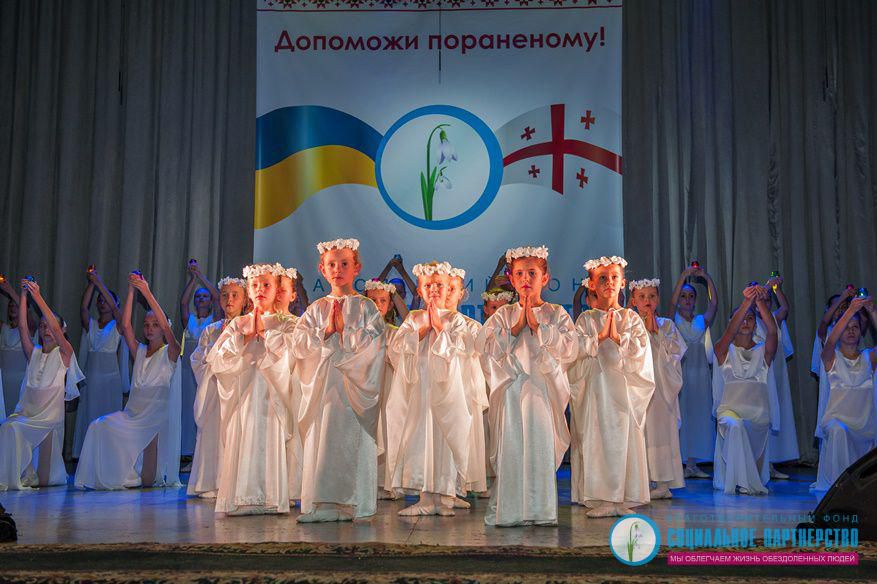 Organized by our Fund, charitable cultural and patriotic act “Help the wounded” under the auspices of Ministry of Cultural Affairs of Ukraine, Georgia Embassy in Ukraine and Georgia Cultural Center was held on 8th of November, in Central Officers’ Club.

The main purpose of this event was fundraising in the support of ATO wounded soldiers.

It is not the first time our Fund provides social events in the support of suffered people. We have managed to give the medicines to the amount of 300 000 hryivnias to the wounded soldiers in Dnepopetrovsk city Mechnikov’s hospital, and we go on this charitable fundraising on 24 hour basis.

Every person who came to Central Officers’ Club could also make his/her own contribution in charity. We placed an exhibition of art-works of the orphans, children from large and poor families,  and also the works of art-and crafts masters. One could not only see but buy any of works as well.  Guests viewed paintings, needleworks, decorations, periapts and especially crafts with national symbolic. There were also moneyboxes for donations. Hundreds of young and aged people, have made their contribution in good deed, and famous persons in Ukrainian society Oleg Pinchuk, Alexandr Zlotnik, Dmitri Oskin, Vlada Litovchenko put quite a lot of money in these charitable moneyboxes.

Georgia Ambassador in Ukraine Mikhail Ukleba won all hearts in the audience hall immediately – by greeting them in Ukrainian. He said that consolidation of society was very important purpose and that event was a great opportunity to feel support, including financial one, as all raised funds would help early recovery of our wounded soldiers from ATO zone.

Best folk groups and entertainment stars of Ukraine and Georgia have shown their willingness to help and support our wounded warriors.

Guests if this charitable event enjoyed touching songs of such artists as Marina Odoljskaya and Sonya Zlotnik, Schmagi Tagiaschvili, and Anjekica Rudnitskaya. Ukrainian people’s artist Irina Bilyk came on the stage in the final part of the concert.

And She really made all people despite of their age, forget about all problems and start dancing and sing along.

Allartistscameonthestageforfree. Furthermore many of them put large amounts of money in our charitable moneyboxes. Irina Bilyksaid in the interview after the concert: “Having received an invitation to take part in this charitable event, I didn’t hesitate any second. It is very important to be kind and sympathetic to people in this tough period for our Ukraine. Especially to those persons who need our help and support. By joining our efforts we can help those in need and make the world better”. 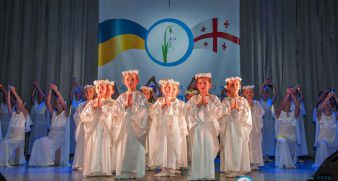