As the disease can take away all 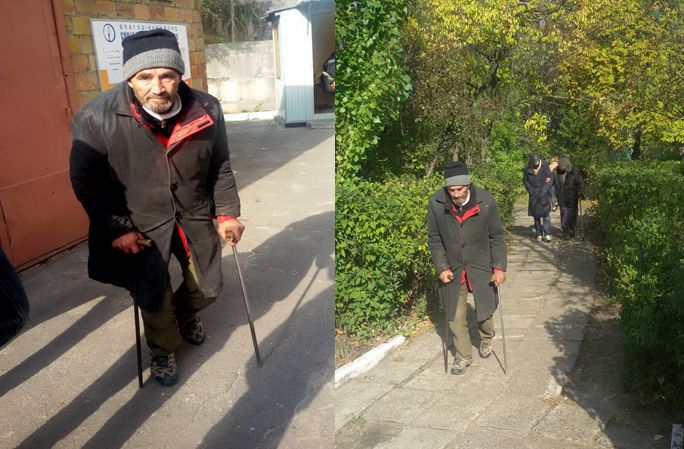 I am glad that the people of Kiev are not indifferent to the fate of others. Increasingly, our Foundation received calls for help, those who can not independently get to the center.

One such need is Fedor, who was in the street against their will. Previously, he was an ordinary life: family, children, work, but in 2008, his life changed dramatically: his wife died, the children refused it (the reason for their rejection, he did not explain, but it was obvious resentment tears in his eyes). Fedor Stepanovich moved to Kiev. Get a job, I lived for a while in the hostel, which is provided to all employees. One day on his way to work he was hit by a car. The man suffered a serious leg injury and needed surgery, which employees helped raise money for treatment. Six months later it began zagnoenie, and the wound was so deep that the plates, which tie the bone, the man took off on their own due to lack of funds and free to operate the hospital refused.

When Fyodor Stepanovich arrived in Kiev to restructure pension, he suffered another trouble - hooligans gushed from a gas canister in the face, seized the bag in which there were personal belongings and documents. From the moment a man appeared in the street without a livelihood.

Employees of the Foundation told a resident of Kiev, in what situation was Fyodor Stepanovich, and reported his whereabouts.

Now we are helping the man to restore the documents and provide medical assistance. 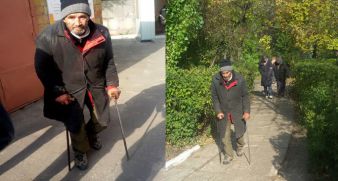 As the disease can take away all
Твитнуть