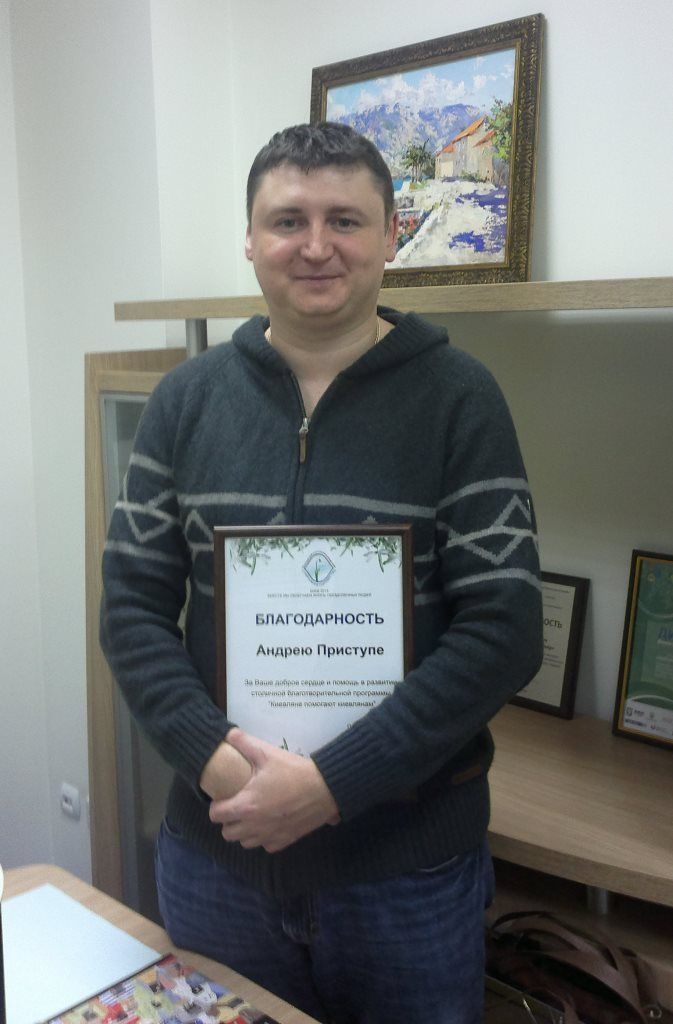 Due to a banner advertising charity fund “Social partnership” highlights such an important problem as “homelessness”.

Project, called “Kyivans for Kyivans” has been implemented since 2012 and is focused on a collection and a distribution of the clothes to homeless and low-income people. Hundreds of thousands people have got warm things and so have managed to survive during the cold seasons, since the start of this project. The project banner ad had been located on “Gismeteo” website for two months. It had been demonstrated more than two million times over this period of time. 15900 people got interested and clicked our banner “Kyivans for Kyivans”.

Charity fund “Social partnership” thank sincerely to website “Gismeteo” for understanding and  sympathy to the destinies of disadvantaged, poor people. Yesterday, the Fund’s representative met with Andrey Pristupa – Web-portal “Gismeteo” manager, thanked him personally and handed over a gratefulness diploma for his support of the project.

You can help the homeless as well! Bring your old, unnecessary things (but they must be warm and intact), or bring the food products for our soup kitchen, or help people as a volunteer. Thousands of poor people lives will be saved by joint efforts. 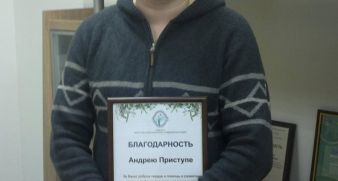