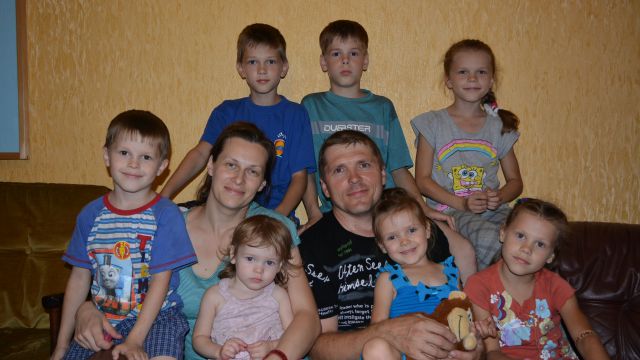 For what funds are collected

Oleg and Vera met and found love in the mining town of Anthracite. Oleg is a master blaster, he had worked in the mine for several decades. Vera is an accountant by occupation, but  she did not work after the wedding, raising the long-awaited children.

War forced the family to seek shelter in another city. They were given a dormitory room in the Kharkiv region, where the parents are raising seven children. Oleg tried to get in Kharkiv subway, but the employers don't need such specists for now. He created his own scheme of water supply in the hostel, where they received shelter. Teaming up with other tenants they have managed to finish the works by the winter. Oleg grabs for any part time work and is trying to learn other occupations ...

All the kids are very active, senior ones help the parents keep the house and surprise by successful marks in the diaries.

Almost all toys, bicycles, balls and rollers remained in Anthracite town, so the guys have to watch with sadness as other children play in the yard.

Large family Vasil'chenko needs our support! We will present you a detailed report about each donated UAH. 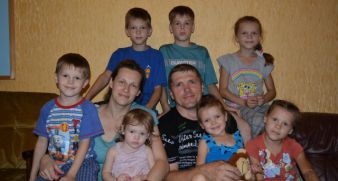