From bottom to top 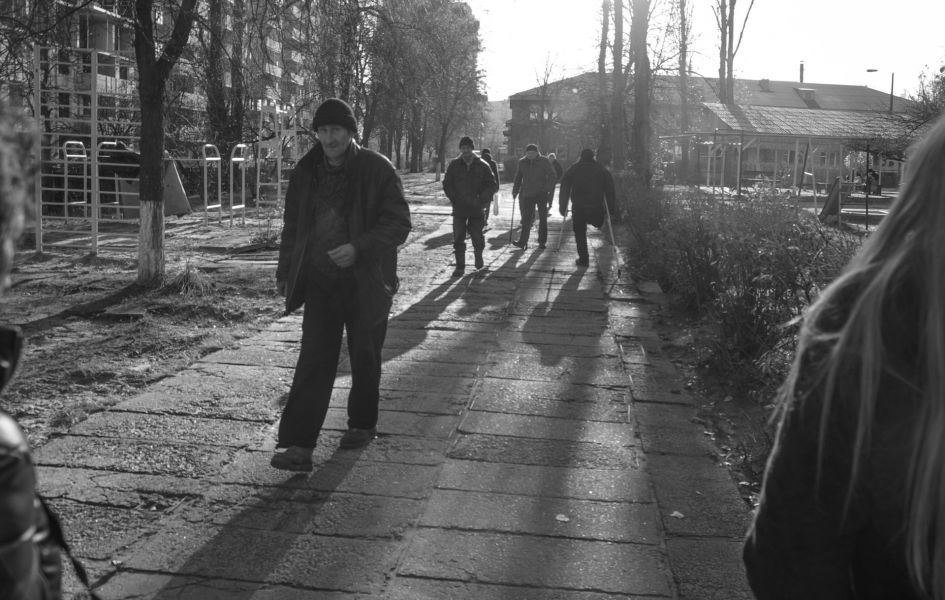 "My story of how I changed my life and later life changed me.

My mother gave birth to me 39 years, I was very highly anticipated with parents. I grew up very spoiled child: favorite girl, which allows everything that she wanted. No, of course they tried to educate me, but I put it mildly, this is not always perceived peacefully. Already as a teenager, I learned how to manipulate them, as she wanted. And if in my school years I have listened to the advice and requests of parents, sometimes trying to look like her daughter, then at the end of high school, I felt quite mature and self - started smoking, drinking with friends. A little later appeared and drugs. It seemed to me, there is nothing special, and I comforted myself that "only dabble".

At age 18, I got married, for the reason that all my friends have left, and I wanted to keep up with them. And once married, it seemed to me that the lost freedom, and of course the rebellious soul did not like. In general, family life catastrophically quickly developed thanks not myself. After the divorce, I felt free again and decided to make up for all the lost time in my life, again made ​​friends, noisy companies, cigarettes, vodka, drugs.

Then I did not understand how was in the dock. I listened to a sentence of 3 years of imprisonment if through cotton wool, was a blankly and did not see others. My father could not stand such a disgrace, and so his health was weak. He loved her to the last nice girl, which I never was. They buried him without me.

Even then I did not think about where I roll, what will happen next, what kind of life is waiting for me in the future. Having arrived in the colony, I wrote a letter to his mother. "The target was eliminated due to the death" - received a reply and I really was terrified. For the first time I realized that I was alone. Later it turned out that after the death of my mother, I was discharged from the apartment because of being in prison. You know, to tell you honestly, I wanted in the colony three years dragged on forever. Not because it is good, but because I had nowhere to go . I was absolutely not clear what to do next. Especially since the end of the stay in the colony was approaching.

In the colony, I had a neighbor in the sleeping compartments, it was released earlier. Her name was Ina, and she suddenly offered me help. She said that I moved to Kiev, got a job and stayed with her. This prospect has arranged me - on arrival in Kiev, I got a job in a food vendor tent. Having your passport owner, I started to work from 08:00 to 20:00. Inna has continued to be kind and offered me not to pay for the night, and to bring food and drink, and that will pay.

"I could be heard," I'm so, that in a month the hostess announced shortage - I guess I went too hard in the issue of such payment. Terms she put ordinary passport can not see me, until I get back 500 hryvnia. Where to find them, I could not imagine. At the same moment over and kindness of my friend Ina. She told me that her relatives come. She asked me to pick up things and go, because I still can not pay her for the night.

That's the first time I was on the street. Before darkness wandered around the city, and when it got dark, we go into the entrance. It rises to the top floor, and quietly sat on the steps, so that no one noticed. I pass the time until the morning, with the hope that no one will drive me. In search of food and lodging for the night, I got to Darnitskiy station, where I met with the same homeless. In extreme cold in the train I went to Nezhin night and in the morning returned to Kiev. She earns a living by collecting waste paper and bottles. I did not expect, but it always had bread and a drink. When warmed, many homeless people were sleeping on Darnitsa cemetery. I joined them and me.

I remember the last morning, when I woke up in the cemetery. On the street a drizzling rain, I'm shivering and cold. It seemed to me that I can not stand that I did stay here, among the graves, on the rotten bench. For the first time in my life, I turned to God. I said, "God, what do I do?". And suddenly I felt despair let me go, there is a desire to do something. "I do not belong among the tombs" - I thought. I decided to seek help. Now it seems to me that if my mind somewhere there was the word "Stephanie". Realizing that I had to warm up, I decided to take a tram ride on the proven method to the end and back. I went into the tram, standing, and in front of me, two women. One other says: "Who'll pick in the" Stephanie ". Let's go and we will go further. " I decided to go after them.

I felt that I had to help somehow the center. Soon I decided to come and offer their help in cleaning "Stephanie." I have not given up. First I cleaned the toilets, living room, laundry room and when earned, then worked there. For me it was a joy, thinking that although hardly repay But one problem is always beating me out of the way -. Alcohol dependence. At times, I was part of the bout from 3 to 5 days, then a month or two did not drink, and then again the same thing. It lasted long enough. Any undertaking my frustrated because of the addiction. I tried several times to restore the documents, but never bring it started to end.

Now I understand that if it did not work because I was not ready for a new life when I was diagnosed with "cirrhosis", I confess, had a terrible view - a skeleton with a big belly full of water Doctors said bluntly..: "You can not live with this diagnosis do not survive."

About a year I stayed in fear, tears and prayers, because honestly, I do not want to die to anyone. One day I asked God, saying: "Once you have saved me from starvation, not allowing to die and freeze - God help me now! I promise that I will never touch alcohol. " After that I began the attack, and I fell into a coma. She came - see standing next to the wheelchair which carry the morgue. I could not understand anything, just asked for something to eat. All the fuss around me, and I look at everything as something new. Doctors me after all this for a long time in the hospital did not intend to keep. At discharge, said that if the month stretch - it will be good, but even then I knew that I would live..

Little by little I gained strength. In rented accommodation with friends, in the same parade, I settled concierge. So I started my new life - a sober, honest, labor. Working concierge, I earned a little and began to recover documents and brought this matter to an end. Grown strong physically, I started to look for a job for everyone. Luckily I went to work as a cook to a private entrepreneur.

I somehow always drawn to the "Stephanie". No, not to boast, as I went, I wanted to prepare for those who not long ago was myself. By chance I found out that there need to cook. I remember how I decided to go for an interview and was going through so much, do not sleep at all the night before the event. And so I was pleased when I believed, was hired and sent to the cooking courses. So I became a certified chef, cook a tasty and most importantly with a great love for his work.

I am aware that in my black, dark, bad past life, only my fault. But without having to go this way, I would not have learned to appreciate the light that I've got right now there are people -. They need to survive the tragedy, to understand the value of life.

And it is important that at this time there were people who will believe in you and support. I am deeply grateful to those to whom I was very indifferent, even when I again lost faith in himself.

This center has become my real home, I changed me, my values. Now I can return the good, and could just die and not do anything important in life. " 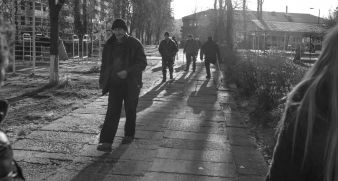 From bottom to top
Твитнуть