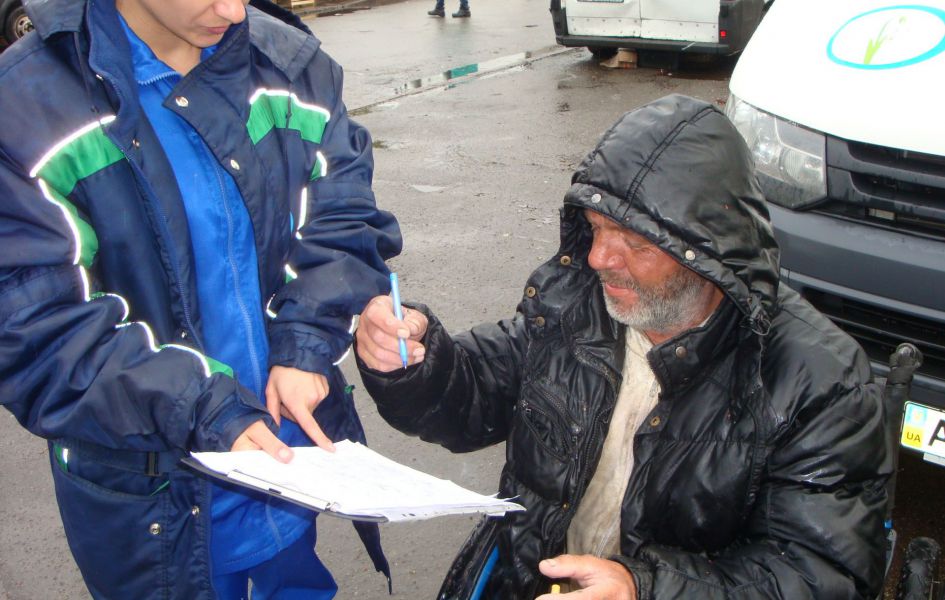 There are life stories that are devoted to tragic end but for human kindness.

Vitaly Burlak’s story is one of them. He would have died on the street but for help of kind people.

We all know that drinking can bring to grief many people, but  Vitaly Burlak’s story really proves thatone can reach hell while walking down this vicious road.

Vitaly worked hard all his life including hard work in Chernobyl, but unfortunately took to drinking. He fell asleep once on the street in a drunk condition and woke up as helpless disabled person. Somebody in a bout of sadism and cruelty set the man on fire while he was sleeping! Only in hospital Vitaly realized that he lost his leg and he would not be able to work and live life to the full.

8 months later he was discharged from the hospital and he  started living at the railway station “Darnitsa”.

She managed to find a wheelchair for him and put him in a narcological dispensary where doctors cured drunkenness.

Maria brought him to the Fund “Social Partnership”. Thanks to joint efforts of Maria, Homeless Rescue Service and Homeless Civil Registration Center of the Fund Vitaly renewed his IDs and drew up a pension and Chernobyl payment. He passed full medical examination and was taken to the rest home for living.

It is hard to imagine what would have happened but that Maria met him and brought him to the Fund Social Partnership.  Kindness saves human lives. 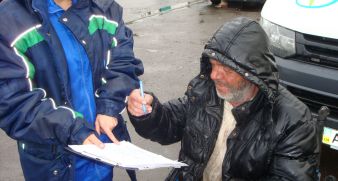