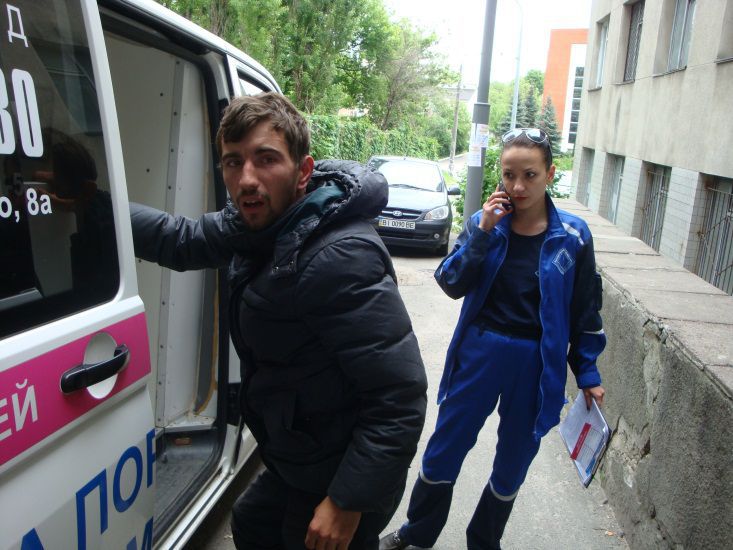 Feeling of guilt and shame can destruct the relationships between closest people and leave a person alone.

25-years old Oleg Cheoare moved to Kiev from Odessa to find better life. He worked at a construction site. Unfortunately his employer didn’t pay anything to Oleg for his work.

Oleg found himself on the streets without money. He had been living on the streets, sleeping at the railway stations, metro stations and in the porches.

Once when Oleg was sleeping in a porch he slipped down the stairs and injured his leg. Fortunately a man who was passing by, noticed Oleg and call for ambulance. Thedoctorsdiagnosedbadbruiseofleg. They rendered first aid and told him go home. But Oleg stayed near the hospital because he had no place to go. A Nurse who noticed Oleg decided to call Homeless Rescue Service.

Before their arrival we took Oleg to our day care center “Stephania” where he had meal, took a shower and received new clothes.

Reunification of the family happened next day. Oleg’s parents understood situation of their son and took him home. After coming back home they called to Homeless Rescue Service to thank again.

It is very important for a person in difficult situation to ask for help if one cannot make it alone! 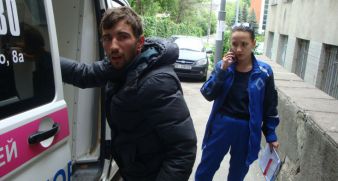