The long way to home 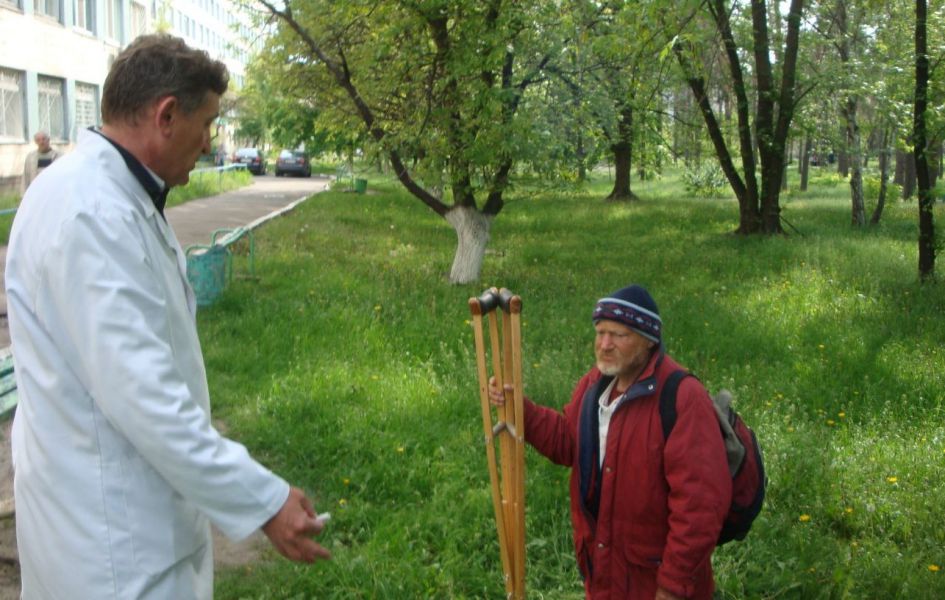 Oleg was born in 1968 in Dnipropetrovsk region. Since the village was not working, he came to Kiev worked in construction and vegetable market, lived in a dormitory, rented a room. Soon he was drinking alcohol, resulting to sleep outside in the cold and frostbitten feet, adding to the list of the homeless - because working Oleg could not anymore.

At the hospital, he underwent amputation of the feet and after a while just thrown into the street, because there is no money. Somehow, money doctors appreciate more than a human life ...

But the world is not without good people began to line calls PRS. After that, the team repeatedly took away the victim in DC, where took care of him. Wounds men were in a terrible state! - They are even bred maggots.

In May, we arrived at one of the calls, and again saw Oleg, who told us an interesting story about his move: it turns out, he was taken in the construction wheelbarrow wipers ...

The doctor on duty of the receiving department was willing to explore and take in the patient's treatment. But Oleg expressed a desire to go to DC "Stefania" with a team of PRS to put himself in order. Later he was admitted to hospital №3.

In our time, there are more severe doctors with a good heart, who are guided by the principles of mercy and humanism!

Employees of service PRS Oleg was taken to the receiving department of the Burn Center. After a medical examination he was hospitalized to undergo further treatment. Periodically we brought him clothes and food, and the man helping a volunteer. During the communication, we have convinced Oleg at the end of treatment to go home in the Dnipropetrovsk region.

October 8 employees PRS brought him to the station, and on duty in the hall, place an order to Oleg helped get on the train, because he moves in a wheelchair. We hope that the man will be all right! 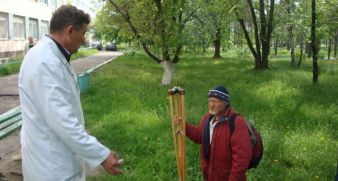 The long way to home
Твитнуть