"The assistance is necessary for those who have lost hope" 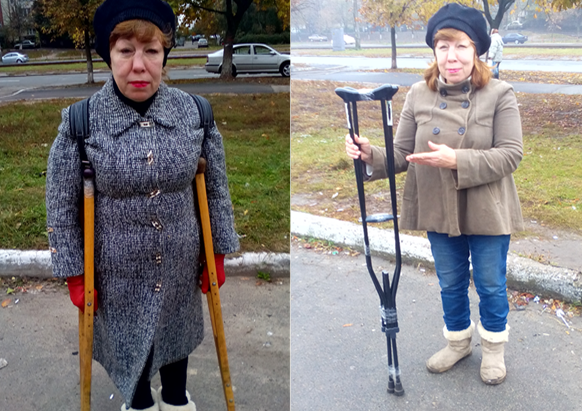 At one point of feeding "Social patrol" service staff recently noticed an old woman. Well-groomed and smiling, she hesitantly approached the car, leaning on crutches. After talking with Love, we were amazed and touched by her story to the core!

Two years ago, she got into a terrible accident in which she miraculously managed to survive. The woman underwent a number of operations on the face and leg. However, due to the displacement of bone Love alone can not walk without crutches. So she remained an invalid, that for a woman of great sorrow - it is necessary to put on the feet of two sons.

Ludmila B. wanted to appeal to the deputies for help as needed surgery costs 27 thousand hryvnia, and the money is not even on new crutches, but, unfortunately, to get an appointment is not possible.

In order to somehow save money and food, she comes to eat to the point of "Social patrol".

With the onset of cold weather, as we know, the woman began to be in need of warm things, which we handed over to her. Now Love in cold weather will warm not only things, but also the idea that the world is not without kind people.

Then the woman admitted that she needed a new pair of crutches, because the old ones are spoiled. The Foundation did not leave, and this request without attention and recently gave a gift Lyudmila Borisovna new crutches.

Lyudmila wrote to thank us, which touched all the staff! "The assistance that you provide to people, it is necessary for those who have lost hope," - she wrote. 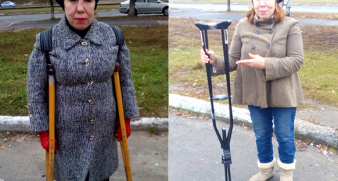 "The assistance is necessary for those who have lost hope"
Твитнуть