The fate of the orphans ... 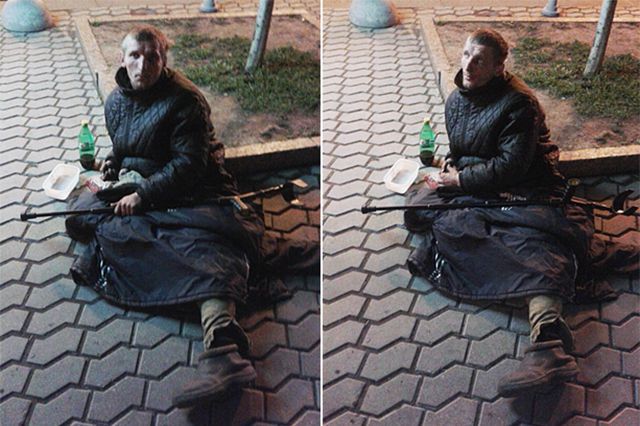 Share on Facebook
Share on VK
Vitali was born in Kiev, but the date of his birth can not remember. He can not read, write, and barely able to speak. Such a fate like this guy, do not wish anyone. Almost immediately after the birth he was sent to an orphanage, where he was 18 years old. And immediately after they come of age Vitali sent out. Since then, he was alone in a big city, without any means to further existence. Tried to find his parents, or at least some relatives - but to no avail ... Vitaly 9 years working at various part-time, earning their bread. But at 27 years old Vitali hit by a car, and the next 2 years, he was in the hospital, where doctors seriously considered - the guy will not survive.
He had a concussion and broke a lot of bones, and the right leg was broken in such a way that it became impossible to save ... So, Vitaly, while still so young, became disabled group III. After that, his only habitat was a church in the city center, where he begged for days. According to Vitaly him there was a good thing because most of the people he helped the clothing, the food, the money, and once my father even gave the guy a wheelchair - and it was no longer necessary to sit on the cold damp ground.
One night when he was sleeping in the park, he was already that he had - without documents on disability, no strollers, and even without crutches. He says that someone stole from him all that has been acquired over the years and presented with good men. Now he just moves on his hands, he had nothing but the things on it, and a container to collect the money. Vitali does not smoke or drink alcohol. And even though his heavy trials of life, Vitali is very open and kind to people, because he knows - the world is not without the same kind and helpful people.
Comments
Login, to comment
Related news 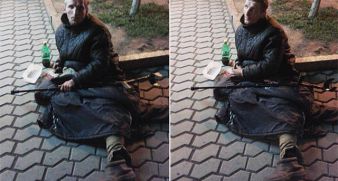 The fate of the orphans ...
Твитнуть